We inspire businesses to be their best, and partner to deliver sustainable change.

Quest Worldwide began in 1988 and from the outset focused on working with organisations to improve strategy execution, operational excellence and people engagement. We have proudly gone on to successfully complete thousands of assignments in over 60 countries across a broad range of businesses and industries including mining, utilities, FMCG, banking and retail. By working across all industries and markets, we stay at the forefront of economic insight and help our clients to stay ahead of the curve.

We are renowned for

We pride ourselves on creating an exceptional experience for our clients. Our consultants are experienced individuals with first-hand appreciation of the challenges facing senior management teams. Hand-picked for their expertise, knowledge and participative style, our team bring a wealth of experience from diverse backgrounds and play a very hands-on role in supporting businesses to achieve their goals. We aim to build a working relationship that is supportive, collaborative, challenging and highly productive. 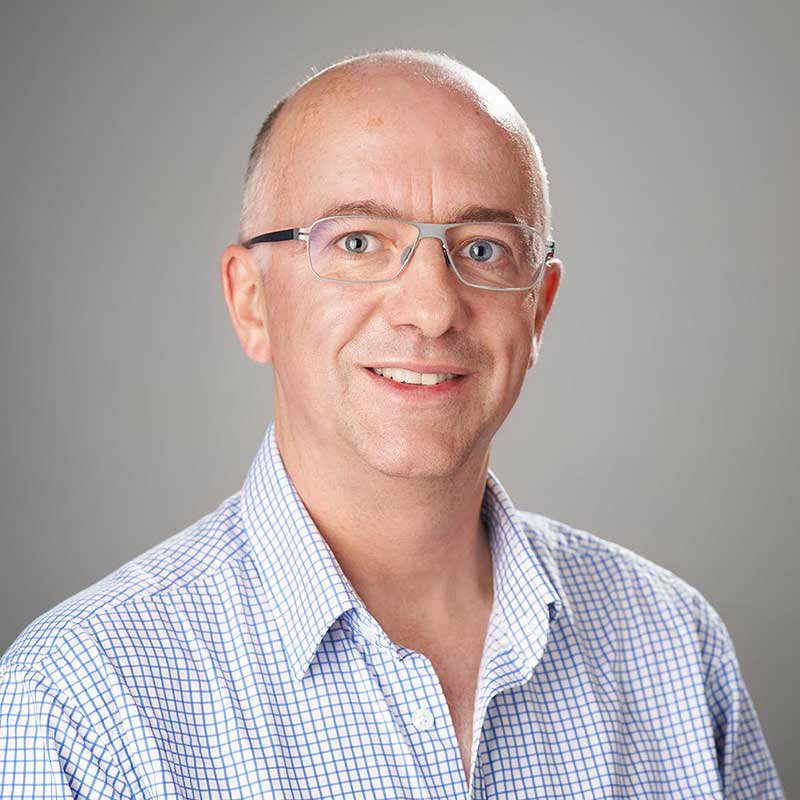 Wiet has over 20 years’ experience in Finance and Commercial Leadership positions across Asia, Australia and Europe and is Regional Director of Quest. He has worked across a wide range of industries and has first-hand experience in senior leadership challenges, with the capability to quickly understand where an organisation should focus their improvement efforts.

He believes that business success is created when you mobilise people behind a common purpose and a robust strategy. He is a trusted advisor for senior leaders and engages effectively with teams to create cultural change.

Wiet enjoys the long-standing relationships with many of Quest’s clients and is hands-on in supporting them through diverse challenges as a true partner in their ongoing success. 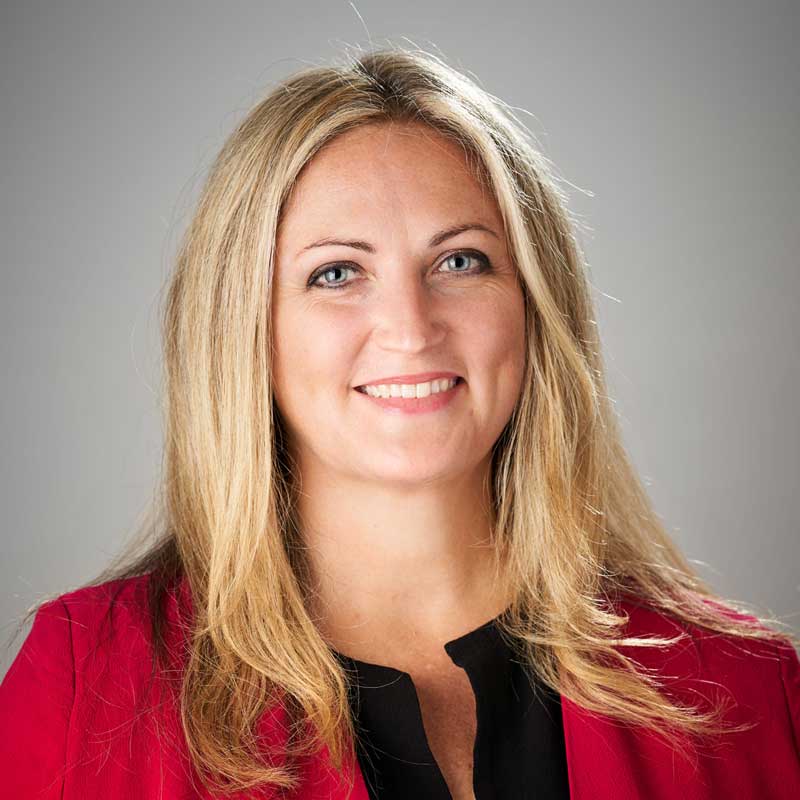 Tina is passionate about transforming culture.  Her expertise is in helping businesses succeed in strategic execution while also focusing on building strong teams. She has a deep understanding of how to engage and influence people from all walks of life and at all levels of an organisation. Her professional experience includes more than 10 years in Management Consulting, 7 years in sales and marketing in the educational publishing field and as an accredited company director (GAICD) she has served on 2 boards including co-founder and Chairperson in the NFP sector. She is a dynamic facilitator who uses proven methodologies and innovative techniques to achieve the best outcome for each client. 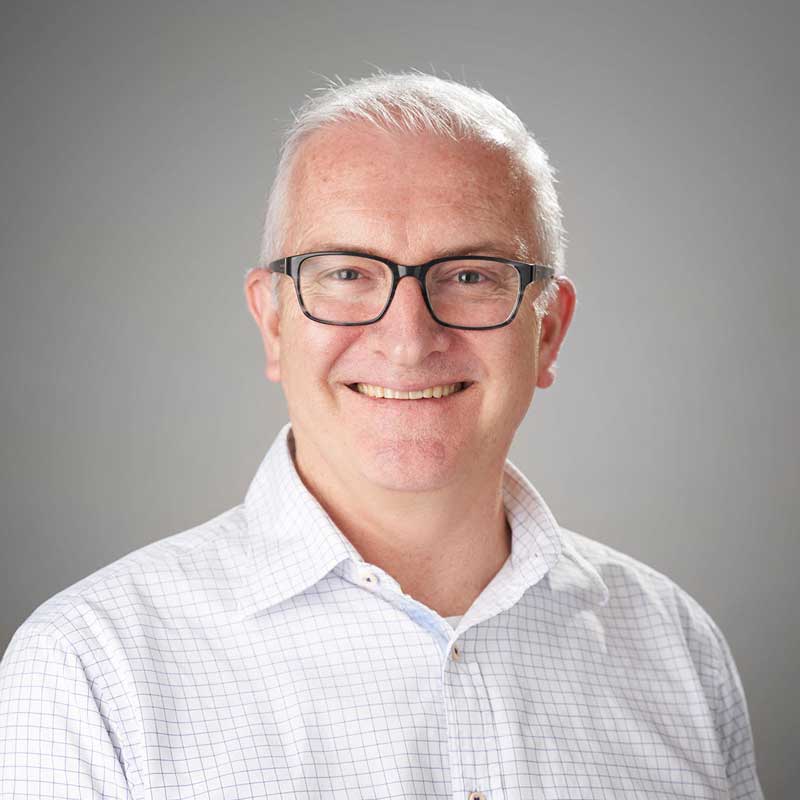 Bret has more than 20 years Management Consulting experience across diverse industries including FMCG, Resources, Financial Services and Logistics. His background also includes extensive leadership experience within the Banking and Finance industry and more recently as Regional Director of the Quest Business in Asia Pacific. His focus is on building business capability through focused plans and execution.  Bret has strong strategic leadership and facilitation skills and a proven ability to lead Executive teams and Board members, co-creating effective strategic programmes and coaching in execution and deployment.

He is a sought after partner who has longstanding relationships with many clients. 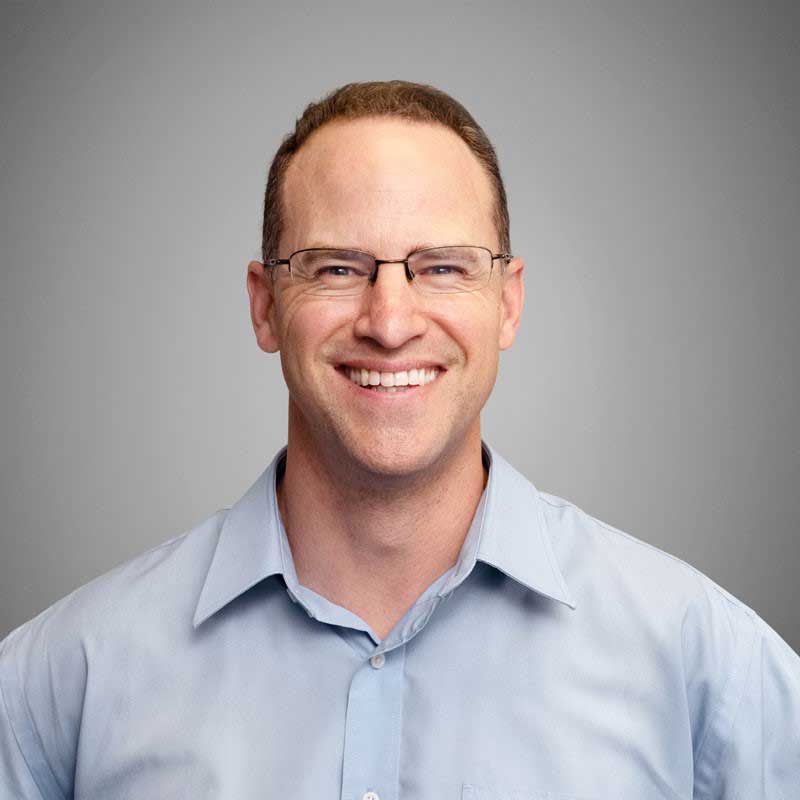 Blake has over 20 years’ experience working with leading organisations as well as Board experience in the NFP sector. He believes that clarity of focus and alignment of effort powers success. His passion for strategy and leadership has made him a sought after commentator in the media, and his first book, “Bullseye” is a NY Times best seller which was nominated a ‘must read’ by the Australian Institute of Management. 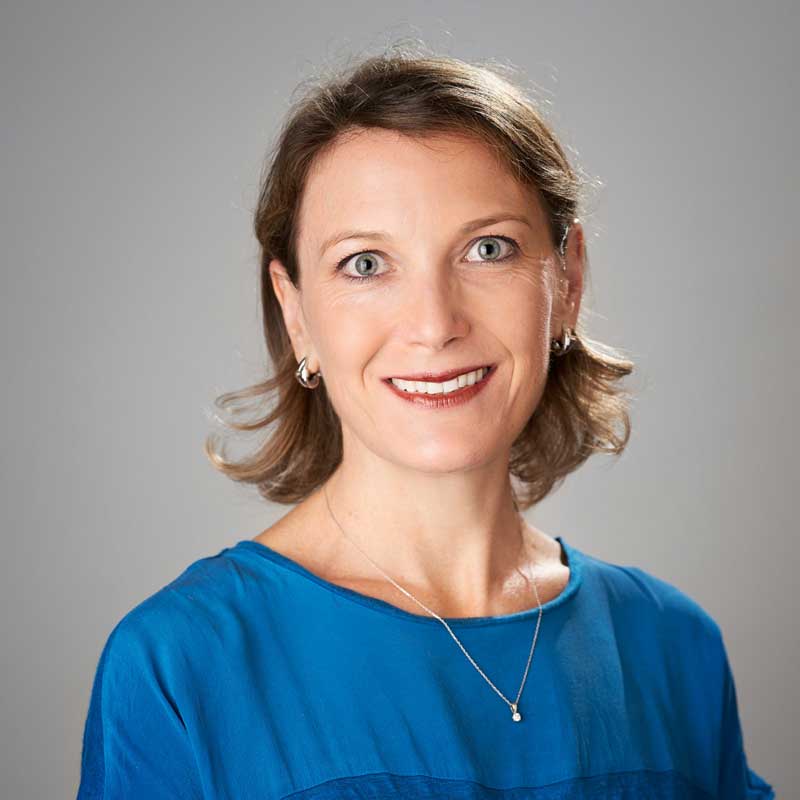 Rachel is passionate about working with leaders to transform their organisation’s agility and responsiveness to change. With a background of almost 20 years of Strategy Consulting and FMCG management experience across multiple geographies, Rachel has a deep understanding of the competitive environment our clients face.

Rachel brings specialist expertise in competitor intelligence and portfolio management which allows her to lead stakeholders and teams to deliver rigorous analysis, to ask why, challenge paradigms and expand on ideas.

Through her dynamic war-games, Rachel motivates teams to constructively challenge plans and helps them to stay ahead of the game. 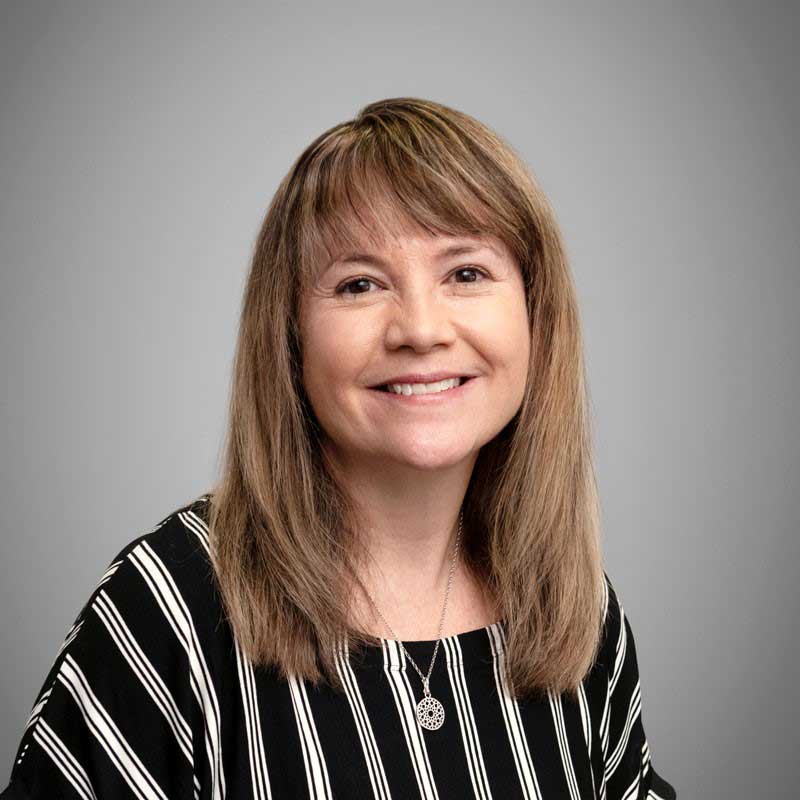 Melissa is an established Commercial Leader who is passionate about making a tangible difference to business performance through commercial rigour, meaningful strategy and clear action. An experienced Finance Director and accomplished leader of high-performing Finance Teams, she is energised by supporting people in their growth and development.

Melissa’s career has taken her around the globe working in leading companies including Mars Wrigley and Unilever. To further her interest in people and organisations, Melissa also completed a Bachelor of Psychology in 2012 and has been actively involved as a volunteer counsellor in community organisations in her spare time. 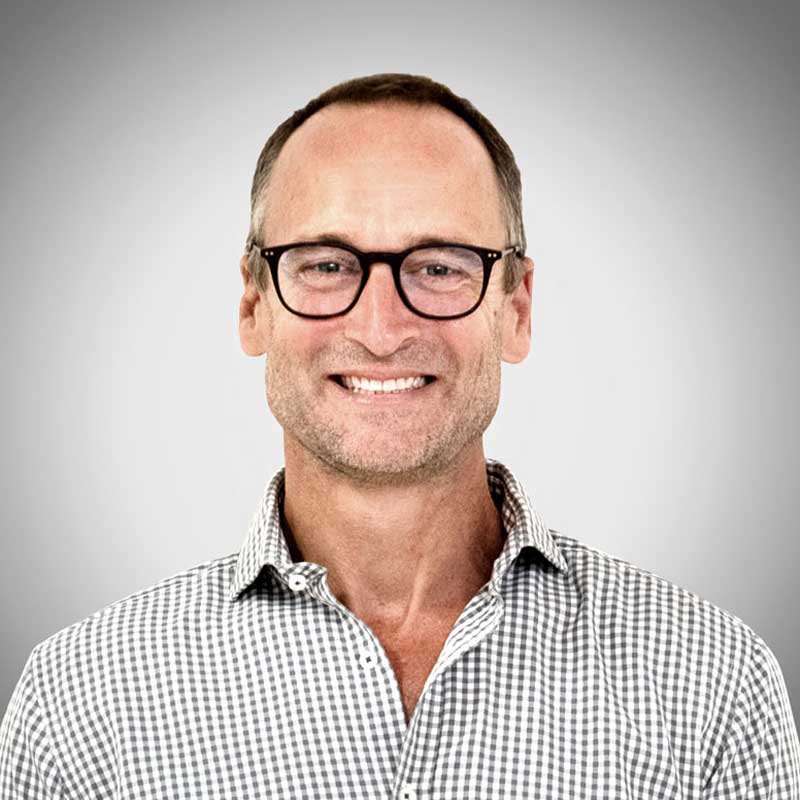 Ben has over 20 years of experience in FMCG Industries, where he has led teams and achieved strong results in customer service, sales, strategy and capability functions. Ben’s style is inclusive, engaging and collaborative. He is driven, motivated and committed to achieve sustainable results. Ben thrives on seeing people, teams and businesses he works with adding value, making a difference and achieving results.

Ben’s key to business success is building sustainable and engaging business strategies that are executable, measurable and reviewed regularly. He is an effective facilitator who drives results through collaboration and leadership. Ben believes that alignment, commitment and ownership are crucial behaviours that drives strategy into action.

Ben will enrich clients’ experiences with Quest, through his knowledge, skills and passion to partner clients to achieve results. 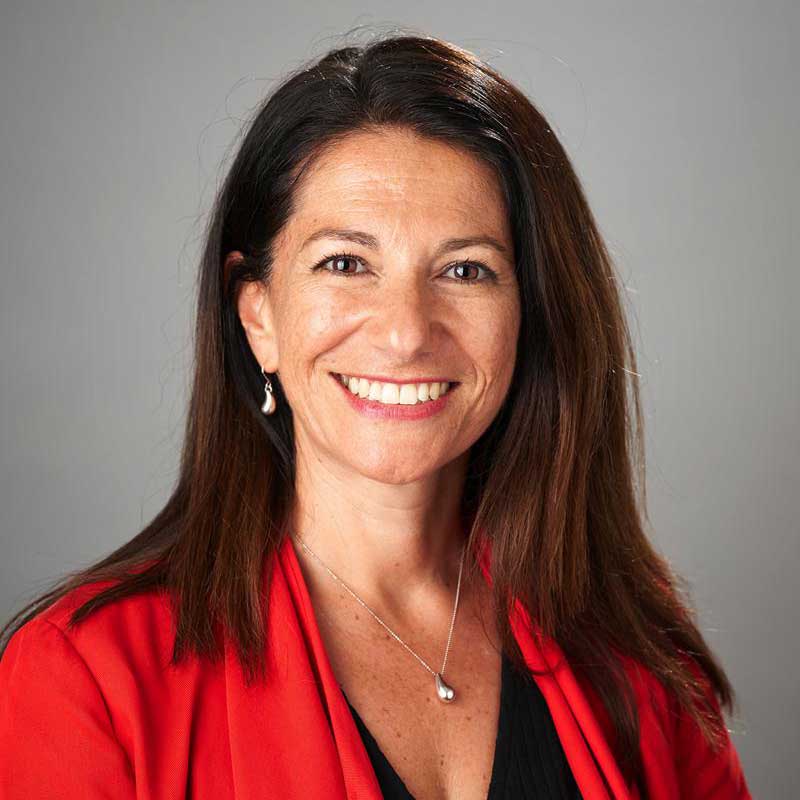 Jenny is passionate about the impact of change on people and how to build sustainable change in organisations. An established leader in her field, Jenny has held senior positions within International Firms including Change and Communications Manager at Aon risk and as a senior consultant with Andersen Consulting. An accredited Company Director (GAICD) she has also served on three not for profit Boards.

Her career has spanned a wide range of industries across Australia, the UK and Asia.

As part of the extended Quest team Jenny brings strong strategic leadership and is a specialist in planning, leading and delivering organisational change initiatives. Jenny is an outstanding facilitator known for her ability to translate big picture ideas into workable actions, and provides valuable coaching and support. 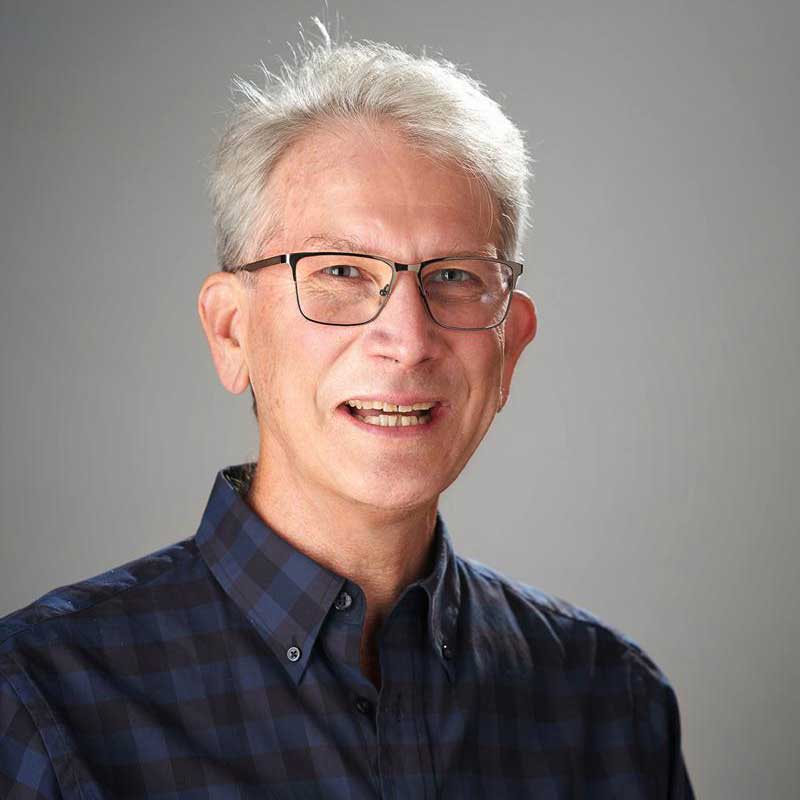 Rod is a longstanding member of the team, known for his talents in engaging people. An Organisational Psychologist, his specialist expertise in Behavioural Sciences has contributed heavily to the development of many of Quest’s unique processes that are at the heart of how we work.

Rod has a wealth of International Experience having worked across diverse industries including banking and finance, pharmaceuticals, IT, energy, mining and manufacturing. A seasoned consultant, he has had extensive involvement with many of Australia’s top 100 companies.

Rod continues to be a valued advisor to the team and excels in coaching consultants to have leading edge knowledge in culture change, change management, leadership and continuous improvement strategies. 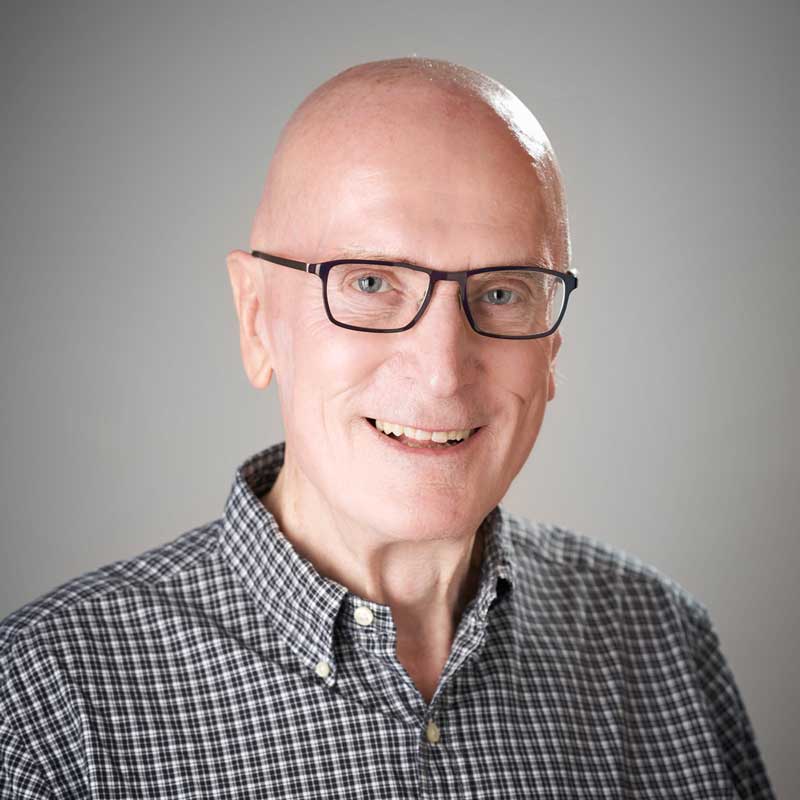 Dick established Quest’s Asia Pacific business in 1988, working in close partnership with Dr Steve Smith. He led the growth of the business and created the successful organisation it is today. Dick has over 30 years consulting experience supporting a wide range of organisations with strategy deployment, business improvement and cultural change and integration programs.

Through his diverse career in civil engineering, management and management consulting Dick has worked around the globe in a wide range of industries and has a particular passion for cross-cultural business challenges.

Dick continues to work as part of the Quest team and brings a wealth of knowledge, economic and cultural insight. He supports the team with ongoing learning and development and provides valuable expertise to relevant client projects.

The team behind the team

Quest Management Consultants pride themselves on providing an exceptional experience for our clients. People engagement is at the heart of our process and we have facilitated thousands of workshops. We have an in-house team who support us in organising the workshops and creating customised stimulus and materials that help to motivate and engage people on the journey. 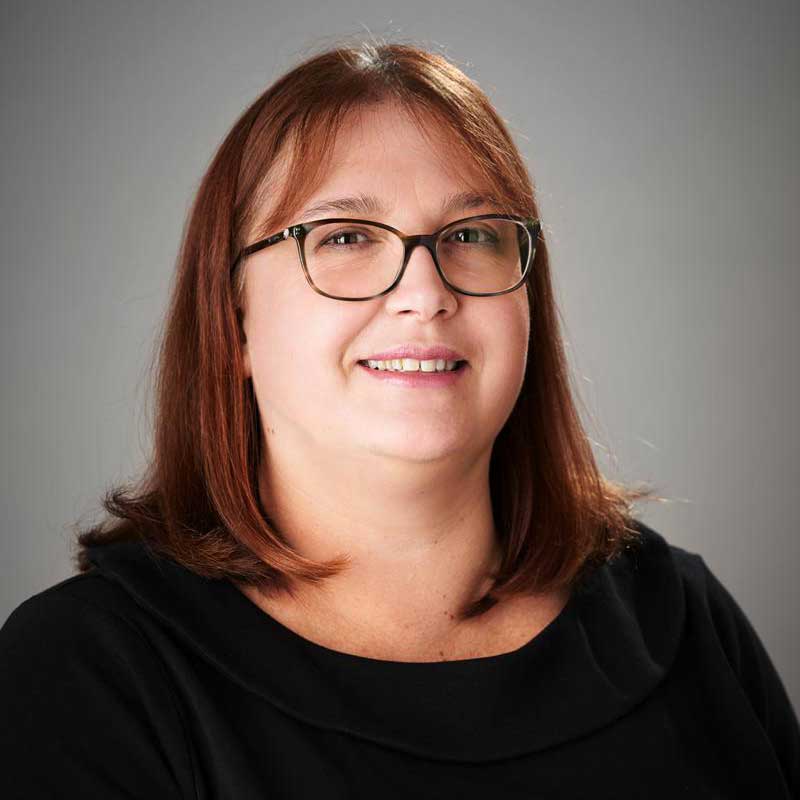 Vanessa is an experienced graphic designer with more than 20 years professional experience working in a variety of industries and clients across the globe. Vanessa delivers fresh, innovative design and has a detailed understanding of production processes. She also has extensive experience in digital marketing. 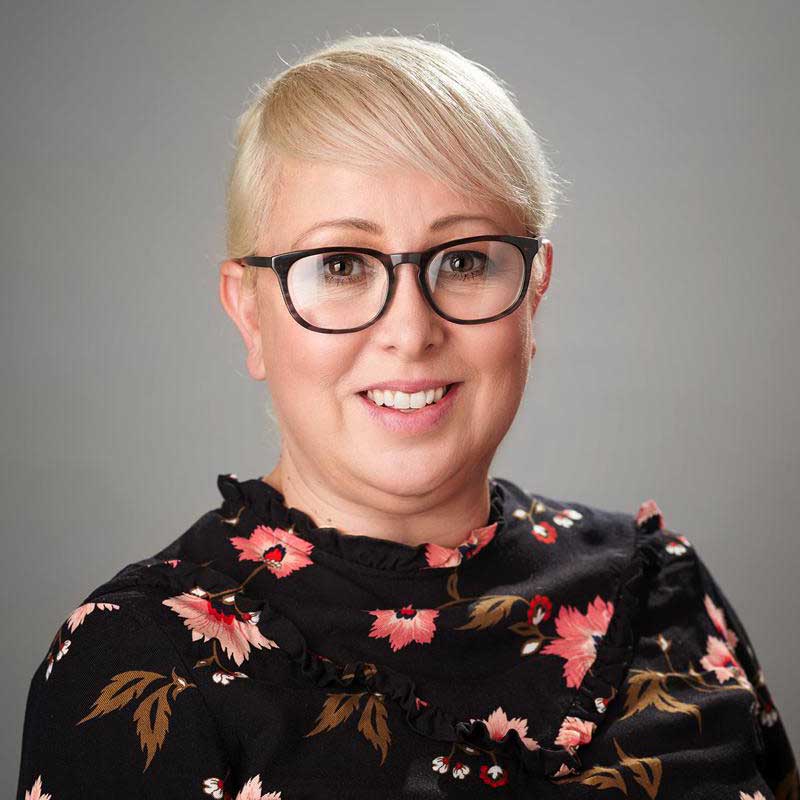 Vikee has extensive experience in corporate design and significant exposure to website management, planning, event management, cross-cultural messaging and more.  At Quest she specialises in impactful corporate communications including PowerPoint, brochures, ‘plan on a page’ and digital design. 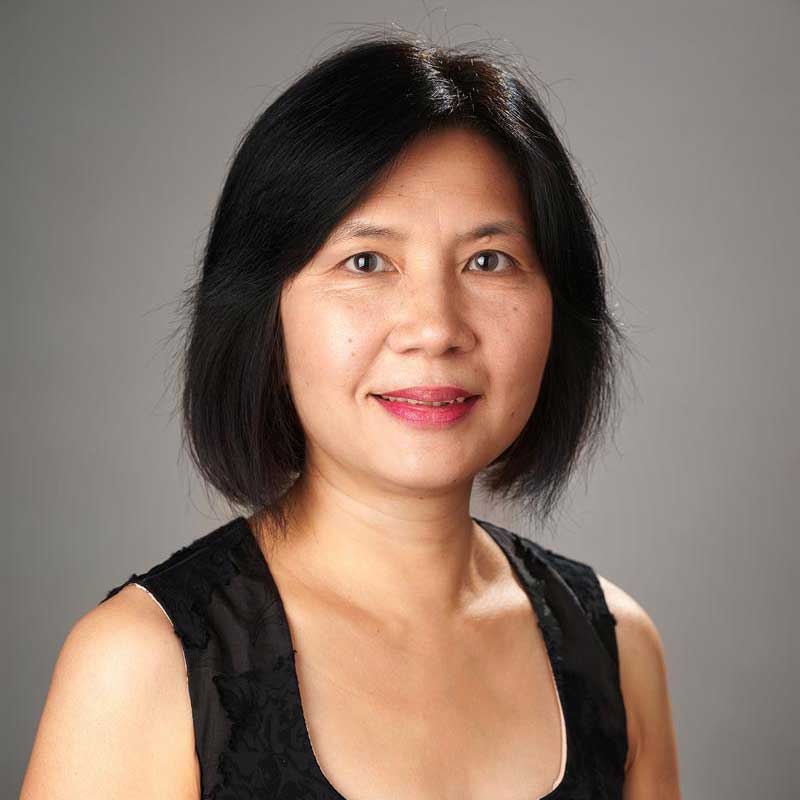 Alice has been our Commercial Manager for many years.  She has a Bachelor’s Degree in Economics and an Advanced Diploma in Accounting. Alice oversees all financial management.

Skylea has extensive experience in coordinating and providing executive level support of teams. She is the newest member of our Quest team and whilst she isn’t at home looking after her horses, she looks after us and makes sure we can be the best possible version of our team.

Dr Steve Smith was a recognised expert in large scale change management and a pioneer of Total Quality.

With a BSc in Mechanical Engineering and a PhD in Ergonomics, Steve spent a number of years in management at Chrysler, lecturing at Aston University and 11 years at PA Consulting where he was Director of Global Practice.

1988 Steve founded Quest in the UK with a mission to enable clients to build the internal capability to drive sustainable long-term change and reach the highest competitive standards.  Quest Asia Pacific based in Sydney started a few months later.

Steve was a passionate leader, author, solutions-developer and change enabler.  With his unique ideas and leadership Quest quickly grew to serve major multinational and regional companies around the world.

Steve’s passing in 2017 marked the end of a long and successful career. He is dearly missed by family, friends and colleagues but his vision still prevails to steer and drive Quest. 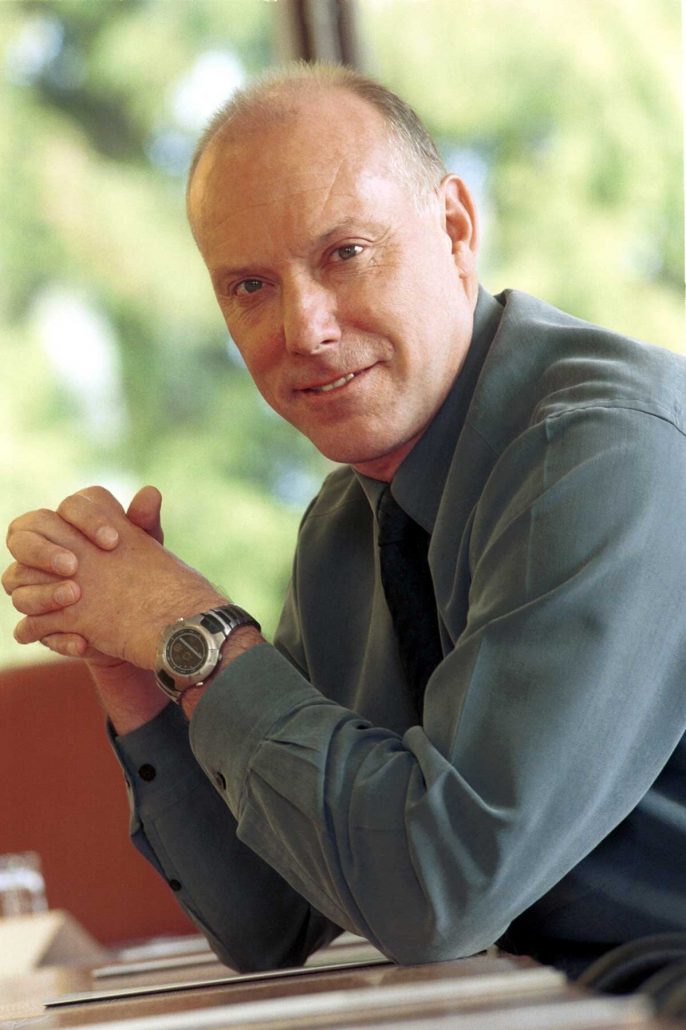 A tribute to Gordon Foster

Gordon Foster who passed away on 13th April played a key role in the growth of Quest Worldwide in Europe and the USA.

Gordon was Steve’s right hand man between 1988 and 2006. He had a critical role in turning Steve’s ambitions into reality, leading and organising our

Consulting work in major change programmes with many multinational clients including Unilever, Caradon, TRW and Philips.

Gordon started Quest’s US operation in the late 90s, building on his relationships with UK based companies with US subsidiaries and his own knowledge of working in the US from his time when he worked for Unilever. He built a well-regarded business in a challenging environment.

Gordon excelled at ensuring delivery across complex organisations in a consistent style reflecting Quest’s people-centred values. He was a very effective leader, inspiring trust and commitment from colleagues with his disciplined and methodical approach and friendly manner.

Gordon is remembered with great affection by those who worked with him. 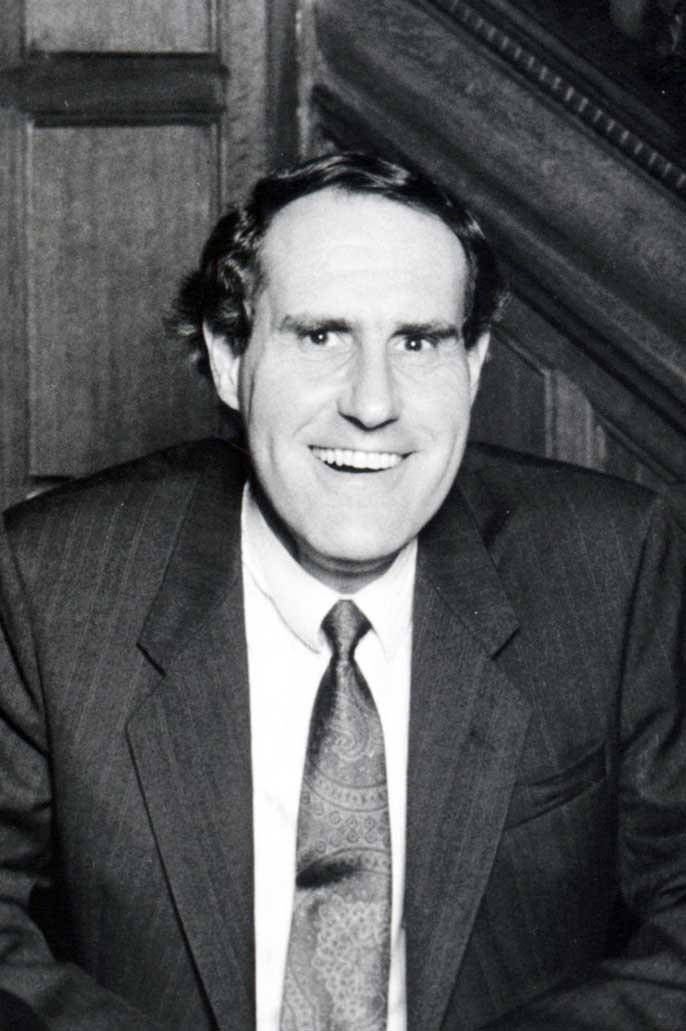